After two weeks of fun in Belize, I am back!

I can’t believe how much we packed into two weeks – without feeling rushed. Sigh. Once I go through my pictures (762 for mine alone!), I’m going to do a full recap. 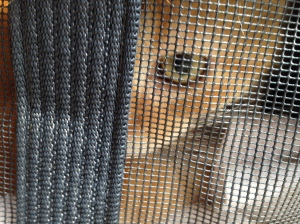 The first order of business was to pick up Boss from the “kitty condo.” Between his poor kitty hips and his 15 years, he’s developed “litter box issues.” (it usually ends up next to/half in/around/under the box and litter pads.) We figured it would be best for him (and for the floor) if he had some company.

There were no meows on the way home, even when he peed himself. That mellowness lasted until night.  He has his routine: sit near me, run off for more food, snurgle pants for a while, then head to my feet zone.

At one point, I actually had to wake Pants to get Boss off my head.

I know he’ll be fine in a few days. I’ll catch up on sleep eventually. 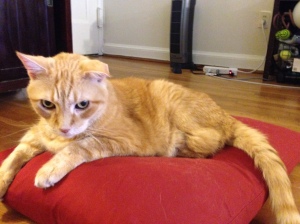 I sit on my pillow, I sit on your pillow.